Born in 1969 in Seville to a prestigious flamenco family boasting a long line of legendary performers, Dorantes absorbed the roots of flamenco at home. He also studied piano at the Real Conservatorio Superior de Música of Seville from a very young age. Consequently, he has always searched for a synthesis of traditional flamenco, classical and avant-garde music.

Scrupulous about technique, innovative in the composition and perfect in the execution, Dorantes’ approach has led to him becoming an important name in the word of flamenco piano, forging a new path in piano history; a voice nurtured by Spanish flamenco and yet all his own.

In 1998, when his first musical creation, Orobroy, was released,  the artist came to the attention of the public and critics, with purists praising his technique and fans applauding his courageous innovation.

Many successful projects followed. In 2008, Dorantes embarked upon a collaboration with the National Orchestra of Tokyo, performing his original work Sur Sinfónico, He played in 2009 at the USA Flamenco Festival in New York and Washington – the first artist ever to take flamenco piano to this prestigious event.

In 2010 Dorantes was invited by The Montreal Jazz Festival to inaugurate the Latin section with two concerts; Carlos Saura asked the artist to participate in his latest film, Flamenco, Flamenco.

In 2012 Dorantes has been named as Patron of the Gypsy Culture National Foundation by the Minister of Culture for Spain, a distinction only given to great flamenco musicians.

In the same year Dorantes also released his third album, the forward-looking Sin Muros! , which saw him inventing a new way of composing, combining his flamenco roots with his contemporary jazz background.

Ensuring his music can be heard by many, Dorantes performs at some of the biggest festivals in the world, including Festa Europea, Della Musica, Montreal Jazz Festival, Connexions Festival in Barcelona and Bruges Jazz Festival.

compose a piece of work for the musicians and orchestras 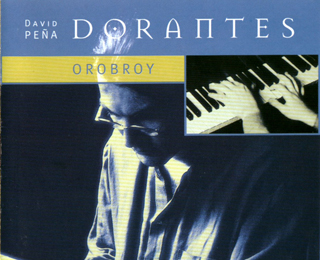